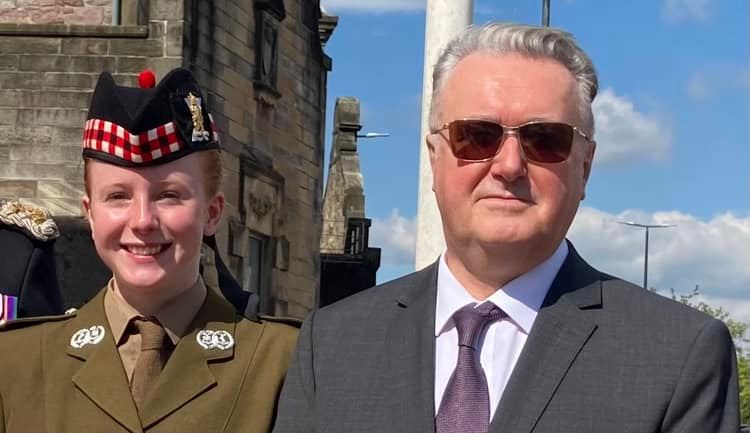 Veterans and politicians were welcomed by Provost Donald Balsillie and the Lord Lieutenant’s Cadets participated in a flag-raising ceremony before the Lord-Lieutenant, Lt Col (Retd) Johnny Stewart LVO, gave a short speech.

On Friday 24th June, the Wee County’s MP at Westminster, John Nicolson, joined elected representatives from Clackmannanshire Council and the Scottish Parliament to commemorate the service of men and women in the armed forces across Clackmannanshire.

This year’s ceremony was attended by a number of veterans and service organisations including RBLS Clackmannanshire and District Representatives and Veterans, Alloa Armed Forces Veterans Breakfast Club,  Army Cadets, Air Cadets and the Clackmannanshire District Scouts.

Speaking to the Alloa Advertiser following the ceremony, Mr Nicolson said “It was an honour to attend the Armed Forces Day ceremony in Alloa. Today, I am thinking of my dad and grandpa and all those who have served or are serving to protect our liberties and our democracy.”