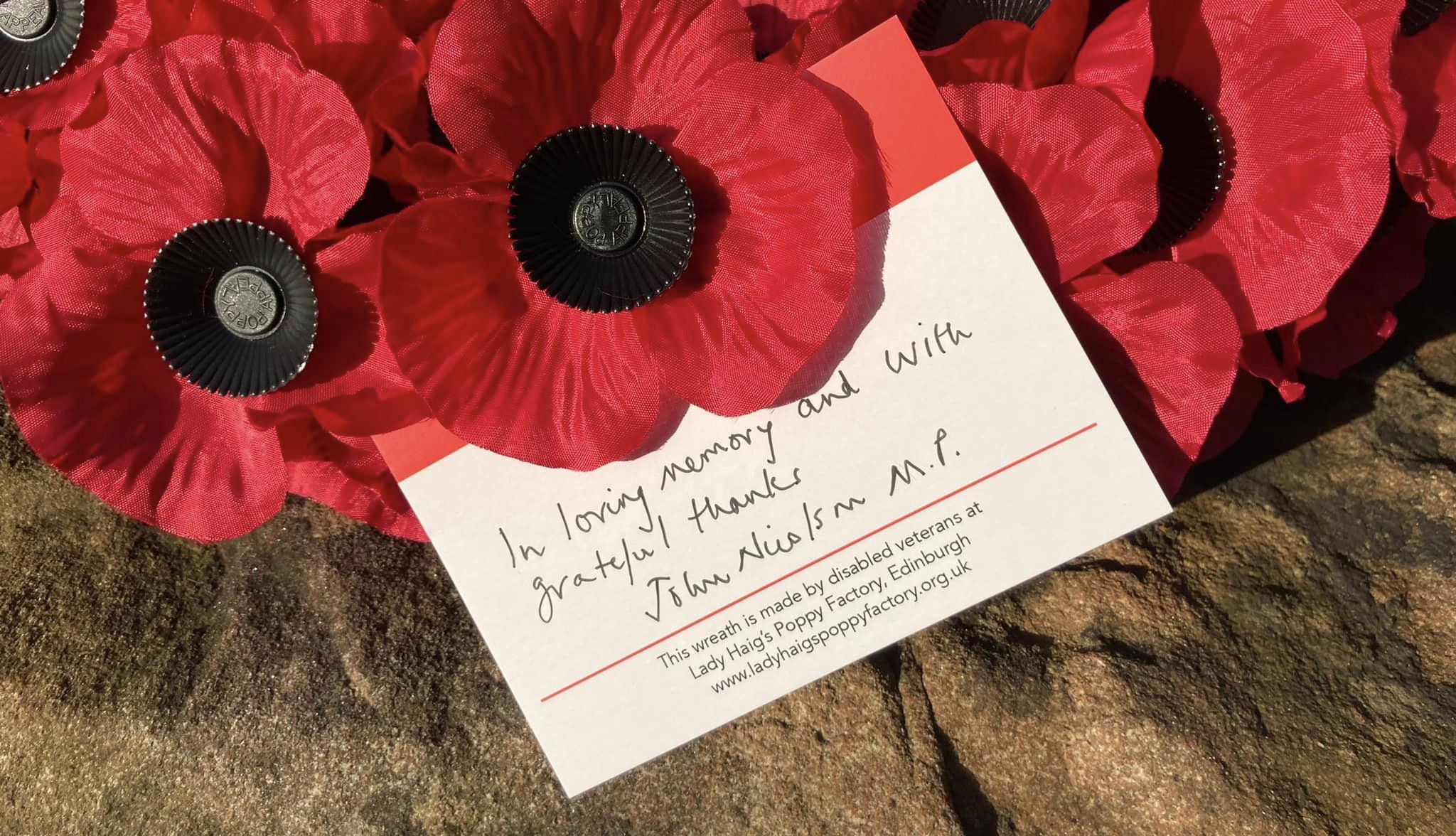 Clacks MP John Nicolson paid his respects to fallen soldiers by laying a wreath at war memorials in Dollar and Sauchie on Friday.

Joined by residents from the villages of Dollar, John Nicolson laid a wreath following a service led by the Revd Chris Lowdon, before travelling to Sauchie to join the Remembrance Service there.

The memorial service at Dollar took place in the northwest corner of Dollar Memorial Gardens towards the eastern end of the village. The memorial comprises of a rough-hewn stone of remembrance and a large bronze sword of sacrifice set into a relief panel.

Following the service in Dollar, Mr Nicolson laid a wreath at the Sauchie War Memorial.

In recent years, members of the public were asked to stay away from public Remembrance Day ceremonies as a result of measures to curtail the coronavirus pandemic. The traditional laying of wreaths at war memorials could not happen as normal in 2020 when remembrance services were instead held virtually and members of the public were encouraged to observe a two-minute silence from their doorsteps.

Speaking to the Alloa Advertiser after the service, Mr Nicolson said:

“As we mark Remembrance Day, we hold dear in our memories all those who sacrificed their lives for the rights and freedoms we enjoy today.

“Every corner of our country has felt the dire cost of war whether in the Great War, the Second World War, or in the conflicts since.

“It was an honour to lay wreaths of behalf of my constituents in services in Dollar and Sauchie.

“Each year on Remembrance Day, I think of the grandfather I never knew, John George Stant. He left his family and sweetheart to fight in the Great War. He survived, only to be killed by a German bomb in the shipyard where he worked during the Clydebank Blitz. His death left my grandmother and her family devastated.

“I think of him on Remembrance Day and of all those loved and lost by families across the country.”

2,890 FAMILIES IN PERTH AND KINROSS TO RECEIVE CHILD PAYMENT INCREASE